Dr. Bryan R. Luce is President & CEO of Luce Outcomes Research and Affiliate Professor, School of Pharmacy, University of Washington. He is the immediate past Chair of the International Scientific Collaboration (ISC) and a member of the Advisory Council at EXCITE International.

From 2013- 2015, Dr. Luce was Chief Science Officer at the Patient-Centered Outcomes Research Institute where he was responsible for leading the development and implementation of PCORI’s patient-centered comparative clinical effectiveness research (CER) agenda.

He previously founded the outcomes research firm MEDTAP® International, serving as its chairman, president, and chief executive officer and was the senior vice president for science policy at the United BioSource Corporation. 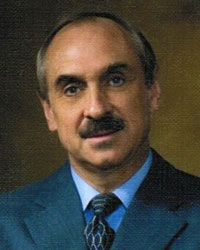 He has been an advisor to numerous government and nonprofit agencies, as well as pharmaceutical and device firms worldwide; a member or chair of socioeconomic and public health policy advisory boards for leading biopharmaceutical companies; and a member of the Medicare Evidence Development & Coverage Advisory Committee (MedCAC).

Dr. Luce is also a past president of the International Society for Pharmacoeconomics and Outcomes Research (ISPOR) and in 2008 received the Society’s Avedis Donabedian Outcomes Research Lifetime Achievement Award. He has held adjunct faculty positions in the Department of Health Policy at Jefferson Medical College, the Leonard D. Schaeffer Center for Health Policy and Economics at the University of Southern California, and the Department of Pharmacy at the University of Washington.

«Back to ISC «Back to Advisory Council Executive Board