Robert Garnett serves as President, Amerigroup Tennessee, which is part of the Medicaid Central Region and Government Business Division at Anthem, Inc., and is a member of the EXCITE International Payers' Advisory Committee.

As President, he is responsible for the strategic, fiscal, regulatory, and operational leadership of the health plan. In his role, he is also responsible for building and managing state and local relationships and fostering new growth and strategic opportunities within Tennessee’s TennCare Medicaid program. Amerigroup Tennessee provides Medicaid managed care services for approximately 400,000 members as a part of the TennCare program for the state of Tennessee, which includes TANF, LTSS, ABD/SSI and ECF (IDD) services.

Prior to his promotion to President in 2018, Mr. Garnett served as the Chief Operating Officer and previously the Director of Medicaid State Operations, leading all day to day health plan operations and execution, customer service, quality management, and regulatory oversight from 2014 to 2018. Prior to joining Amerigroup Tennessee, he served in a similar operational leadership capacity for Amerigroup Georgia from 2011 to 2014. In addition to these roles, Mr. Garnett supported South Region Medicaid with business development & implementation, and strategic operational strategy. 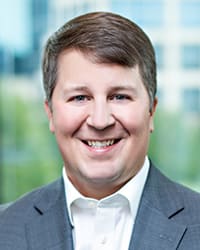 Prior to his roles supporting Medicaid in the Central and South Regions, Mr. Garnett participated in Amerigroup Corporation’s Executive Leadership Development Program (LDP) and served in multiple Business Analysis roles supporting IT and Enrollment services.

Mr. Garnett has 12 years of experience in managing Medicare and Medicaid programs. Prior to Amerigroup, Mr. Garnett held positions with the Federal Government supporting information technology, data management, and program execution. He is a board member for FrankTown Open Hearts, a Business Advisory Council member for Harvard Business Review, a member of Nashville Health Care Council (NHCC), and a workgroup member for Leadership Health Care (LHC).