Dr. Peter McCulloch is a Professor of Surgical Science & Practice at the University of Oxford, and is a member of the EXCITE International Advisory Council and the ISC.

Peter McCulloch went to Aberdeen Medical School and then trained as a surgeon in Glasgow, where he also began his academic career. His initial research interests were on the mechanisms of cancer metastasis, and in evaluating radical surgery for gastric cancer.

He moved to Liverpool as a Senior Lecturer and later Reader in surgery, and developed specialist units for both breast and Upper GI cancer at Aintree University Hospital.

He became interested in the application of Evidence Based Medicine in surgery during the 1990s, and this came to dominate his research interests, together with a parallel interest in safety and quality in healthcare delivery.

He moved to Oxford University in 2004, and was appointed Professor of Surgical Science & Practice in 2013. He was a prime mover in the Balliol Collaboration conferences from which the IDEAL Collaboration arose.

Peter’s passion is adventurous off-piste skiing.  He would like to write novels but will never find the time. 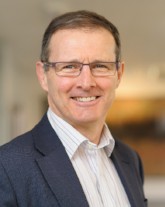 « Back To ISC Leadership Team Executive Board