C. Michael Gibson, M.S., M.D. is an interventional cardiologist, cardiovascular researcher & educator. He is the CEO of the combined non-profit Baim and PERFUSE research institutes at Harvard Medical School.

C. Michael Gibson, M.S., M.D. is an interventional cardiologist, cardiovascular researcher & educator. He is the CEO of the combined non-profit Baim and PERFUSE research institutes at Harvard Medical School.

The institutes have led over 1,000 studies, published 3,000 manuscripts in the peer-review literature, and have led 60 FDA submissions from their network of 7,000 sites worldwide. In 2014 Gibson was ranked as one of the world's most highly cited authors in all of science in the past decade by Thomson Reuters.

Gibson has led phase 1-4 clinical trials, and cardiology megatrials of over 15,000 patients which eventuate in international approval of drugs like prasugrel, rivaroxaban, betrixaban and andexanet as well as devices such as one that alarms to alert a patient to a heart attack.

For years, Gibson has been chosen as one of Boston's Top Doctors & U.S. News & World Report also lists Gibson as one of America's top doctors. Gibson invented measures of coronary blood flow that are widely used today (the TIMI frame count, the TIMI myocardial perfusion grade). 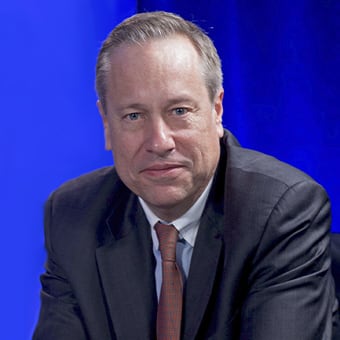 Chair of the International Scientific Collaboration

Dr. Gibson did his internship, residency, and chief residency at the Brigham and Women's Hospital and his cardiology fellowship at the Beth Israel Deaconess Medical Center both at Harvard Medical School. Dr. Gibson has held numerous leadership positions in medicine including positions as a Coronary Care Unit Director, a Cardiac Catheterization Laboratory Director, a Chief of Cardiology, and as a Vice-Chairman of Medicine.

Gibson founded WikiDoc.org and WikiPatient.org, widely viewed open-source textbooks of medicine. He is Editor-In-Chief of >2,200 active contributors who have edited the content of over 100,000 chapters millions of times. Gibson also founded www.clinicaltrialresults.org and has conducted > 2,200 TV and video interviews. Gibson has hundreds of thousands of followers on social media where he is a leading influencer.

« Back to ISC « Back to Executive Board