Under the umbrella of a public-private partnership, NESTcc’s mission is to establish clear pathways within the medical device ecosystem to support the timely, reliable, and cost-effective development of evidence using Real-World Data sources for key stakeholders, including the medical device industry, regulators, payers, patients, clinicians, and health systems.

Dr. Fleurence joins NEST from the Patient-Centered Outcomes Research Institute (PCORI) where she was the Program Director for PCORI’s initiative to build the National Patient-Centered Clinical Research Network, or PCORnet, since 2012. PCORnet has been a transformational effort to engage patients and leverage electronic health data to improve the speed and efficiency of clinical research in the United-States.

Dr. Fleurence was also the inaugural director for the PCORI Methods Program in 2012, working closely with the PCORI Methodology Committee on this effort in its initial years. 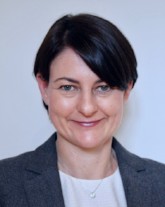 Dr. Fleurence has served on a number of Boards and Steering Committees, including most recently the National Medical Device Evaluation System Planning (NEST) Planning Board, the Medical Device Innovation Consortium (MDIC) Board and the SMART IRB Steering Committee, an effort to streamline IRB reviews across academic research institutions. She chaired the PCORnet Executive Committee from 2015-2017, and served as the vice-chair of the PCORnet Council.

« Back to ISC Advisory Council Executive Board